China's new Silk Road the One Belt One Road explained

China wants to revive an ancient network of land and ocean silk trade routes of centuries past and is instigating an infrastructure building boom across Central Asia up to Europe to help boost trade and improve transport logistics. This weekend, a 28-country meeting in Beijing will learn the details of the plan first unveiled by Chinese President Xi Jinping in 2013. Here's what you need to know: 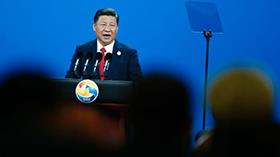 The One Belt, One Road is indeed a massive worldwide project with many roads, railways, ports and maritime routes making up new and revived trade corridors. The land-based projects are the belt. The road is the maritime routes that will connect up China's southern provinces to south-east Asia and the east coast of Africa with ports and railways.

It already has $US1 trillion ($1.3 trillion) of projects already initiated, including major infrastructure works in Africa and Central Asia.

It will involve 65 countries with a total population reach 4.4 billion and share of global economy of 30 per cent. It's more than seven times larger than America's Marshall Plan to rebuild Europe after the Second World War. 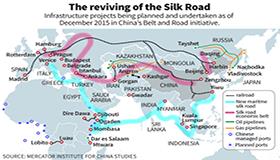 Why is China doing this?

There are several theories, among them that Beijing is seeking to exercise some regional leadership and shift from lower level manufacturing to higher-end industrial goods. It believes emerging markets in its neighbourhood will be more willing to accept Chinese-made high-speed rail, energy generators and telecommunications equipment if it has leadership of mega infrastructure projects. 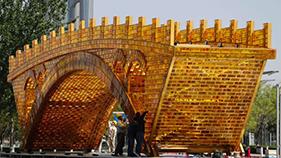 Workers install wires on a 'Golden Bridge of Silk Road' structure on a platform outside the National Convention Centre in Beijing. Photo: AP

An additional theory is that China wants to make the Renminbi the main trade and investment currency in countries involved and or is creating opportunities to channel Chinese builders' "excess capacity" elsewhere.

What are the benefits of the projects?

It will fill gaps in infrastructure in developing countries such as Afghanistan and Pakistan which see it as a "path out of poverty". It is likely to accelerate economic growth in at least some of the countries nvolved as well as China as it increases trade and facilitates the transit of goods and international cooperation. 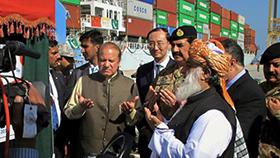 What are the road blocks?

Some of the countries on the path of One Belt One Road hare unstable and said to present security risks for Chinese companies and workers. There's also the question of trust in countries known for their political instability and low investment grade. Some experts are also concerned it may leave some poor countries laden with massive debts, while critics fear China is seeking strategic and economic domination and could undermine human rights and environmental standards.

Are there any opportunities for Australia?

Even though Australia isn't geographically located on the Belt and Road the initiative potentially aligns with the federal government's plans for developing northern Australia - a Chinese company already owns the port of Darwin. And there could be opportunities for Australian industries such as engineering, architecture and finance. There could also be scope for Australia to increase investment in China and or in third countries.

It's worth noting, however, that China is also considering a transcontinental rail link through Peru to link South American countries, in particular Brazil which competes with Australia for the supply of minerals and grains, with the Pacific Ocean. 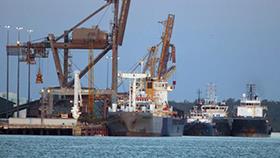