In the face of the current global trade protectionism, the traditional globalization model has been difficult to solve many new problems in the economy, finance and trade. The world economy urgently needs a new type of globalization mechanism commensurate with it. The Belt and Road Initiative is committed to building a fair and equitable international economic order. It is a "China plan" that effectively improves the sluggish global economic growth. It can be said that it has built a brand new high-speed railway for the revival of global trade.

The ticket for the "Belt and Road" foreign trade high-speed rail has also become a target for cities along the route.

Fufeng County is affiliated with Baoji City, Shaanxi Province. It is named after "helping the capital and weathering" and is the birthplace of Western Zhou culture. It is famous for its famous Buddhist temple Famen Temple. Under the efforts of the Fufeng County People's Government, the current Fufeng is outside tourism and has cultivated the spring breeze of e-commerce on the land of the Qinchuan River in 800 miles. 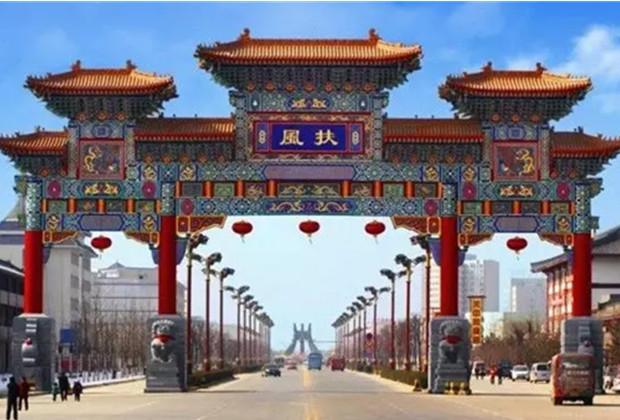 Fufeng County's main industries include specialty agricultural products, food, plant extraction, and electromechanical and electrical machinery, accounting for 70 % of Fufeng County's fiscal revenue. With the exception of paper towels, water pumps and machinery enterprises, which are large enterprises, the rest are mainly small and medium-sized enterprises. Fufeng is mainly based on domestic trade. Occasionally, there are some export performances. Through channels with limited independent expansion, the proportion of domestic trade is very small.

Through the Dongfeng of domestic e-commerce development, the Fufeng County People's Government has made e-commerce a major force for the development of the wind through the basic policies of government guidance and market-based development. In 2017, the total regional GDP of Fufeng County was 12.465 billion yuan, an increase of 10.5 % year-on-year. Among them, 21 newly developed e-commerce enterprises and 200 million yuan in net sales of agricultural products throughout the year were awarded honorary titles such as national e-commerce integrated demonstration counties.

In the face of the adjustment of domestic industries, the accelerated pace of transfer, the country's in-depth promotion of the "Belt and Road" strategy, and the implementation of the Guanzhong-Tianshui Economic Zone plan, Fufeng has ushered in new historical development opportunities. While actively developing domestic trade, Fufeng County is actively preparing to help local companies catch the "Belt and Road" foreign trade train.

The cooperation between Fufeng County and Dragon Workshop is an important foreign trade channel set up by Fufeng County for enterprises.

Working Together to Build New Channels for Cross-Border E-Commerce

In March this year, Fufeng issued the Implementation Plan for the Integrated Demonstration Project for Electronic Commerce in Rural Areas in Fufeng County, which plans to invest 20 million yuan to subsidize projects and contractors included in the comprehensive demonstration scope of electronic commerce into rural areas. Cross-border e-commerce is the focus of guidance and attention this year.